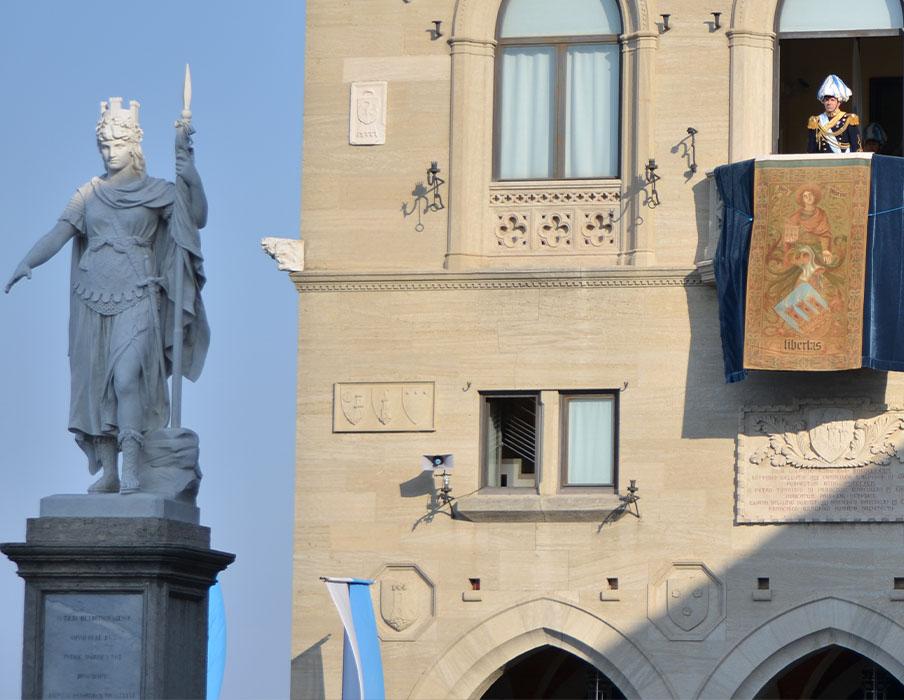 The Council of San Marino Citizens Abroad is a body governed by San Marino public law and ensures the connection and cooperation between State Institutions and San Marino citizens living abroad, who represent more than one third of the entire population.

The Council is aimed at protecting the rights of San Marino citizens residing abroad and, to this end, it performs the following functions:

Examining the problems of the Communities and reporting them to the central government;

Participating, through its representatives, in the annual meetings of the Council to discuss the matters falling within its competence and interest.

The Council's bodies provided for by the Law establishing it are the following:

- The Assembly, composed of the representatives of San Marino Communities abroad, yearly convened in plenary session in October in San Marino;

- The President of the Assembly, who is elected annually by simple majority by the Assembly; he/she performs coordination and representation functions in the institutional bodies and implements the decisions taken by the Council;

- The Minister of Foreign Affairs as Honorary President, with the right to speak but without the right to vote;

The Council consists of:

- The President of the Council;

- The Official of the Department of Foreign Affairs responsible for the Communities, who has a consultative and executive role;

- The Presidents of the legally recognised Communities;

At the invitation of the President, the members of the Government and of the Great and General Council, the diplomatic and consular representatives of the Republic, the representatives of political parties and any other interested person may attend the meetings of the Council, but without the right to vote.

The decisions of the Assembly are taken by a simple majority of those present and the meetings are validly held when at least a relative majority of the Communities is present.

The Concluding Statement is the document adopted at the end of the Council meeting, on which the Government and the Permanent Parliamentary Commission for Foreign Affairs are required to express their opinions, to be discussed by the following Council.

Representatives of the rings

The Board of the Council is currently composed as follows:

- Otello Pedini, President of the Council;

- Maryse Mularoni, President of the Association of San Marino citizens residing in Eastern France, for the other European countries’ ring.