The Ministry of Foreign Affairs and the Ministry of Labour announce that, having concluded the accession process started in 2020, as of today the Republic of San Marino has formally joined IRENA, the International Renewable Energy Agency.

IRENA is an intergovernmental organisation founded in Bonn, Germany, on 26 January 2009, with operational headquarters in Masdar City (Abu Dhabi). It aims at supporting countries in their transition to a sustainable energy future and is the reference point for international cooperation in this field, as well as the main centre of excellence at a global level.

With the accession of San Marino, the Agency now has 167 Members and 17 States in Accession. It promotes the use of all forms of renewable energy, including bioenergy, geothermal, hydropower, solar and wind energy. Moreover, it provides support and services to governments wishing to adopt enabling policies for renewable energy investments, providing practical tools to accelerate clean energy deployment and facilitating knowledge sharing and technology transfer.

In addition to IRENA's recent active participation in the COP and SDG summits, which the Republic of San Marino is following with interest, as well as in a number of other global processes, the recognition of IRENA's leadership role in the field of renewable energy is also demonstrated by its contribution to the Clean Energy Ministerial (CEM) and the G7 and by the mandate received from the G20 Energy Ministers to coordinate the G20 Toolkit of Voluntary Options for Renewable Energy Deployment. This Agency also works closely with a number of strategic partners, ranging from the local to the international level.

The Minister of Foreign Affairs Luca Beccari said: “This important accession enriches the panorama of San Marino’s active engagement at a multilateral level on the main global challenges, such as the transition towards a more sustainable energy system.”

“San Marino is already actively engaged at a domestic and international level on this issue” continued the Minister of Labour Teodoro Lonfernini. “Indeed, this Government is already working on some development projects aimed at energy transition and sustainable development. Participation in the works of this international organisation provides an important forum for discussion and debate in order to share best practices in this field”. 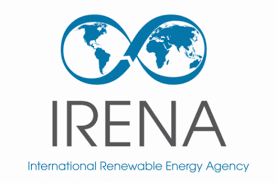