The Korean Embassy strongly supported the celebration of this anniversary, thus confirming the lively relations between the two countries and the intention to further strengthen cooperation at all levels. The Korean Ambassador and his accompanying delegation were granted an official Audience at the Government Building by the Captains Regent Francesco Mussoni and Giacomo Simoncini and were presented to them by the Minister of Foreign Affairs Luca Beccari. Subsequently, they were received by Minister Beccari at Palazzo Begni, where they discussed the strengthening of bilateral and multilateral relations.

Read here the press release of the day. 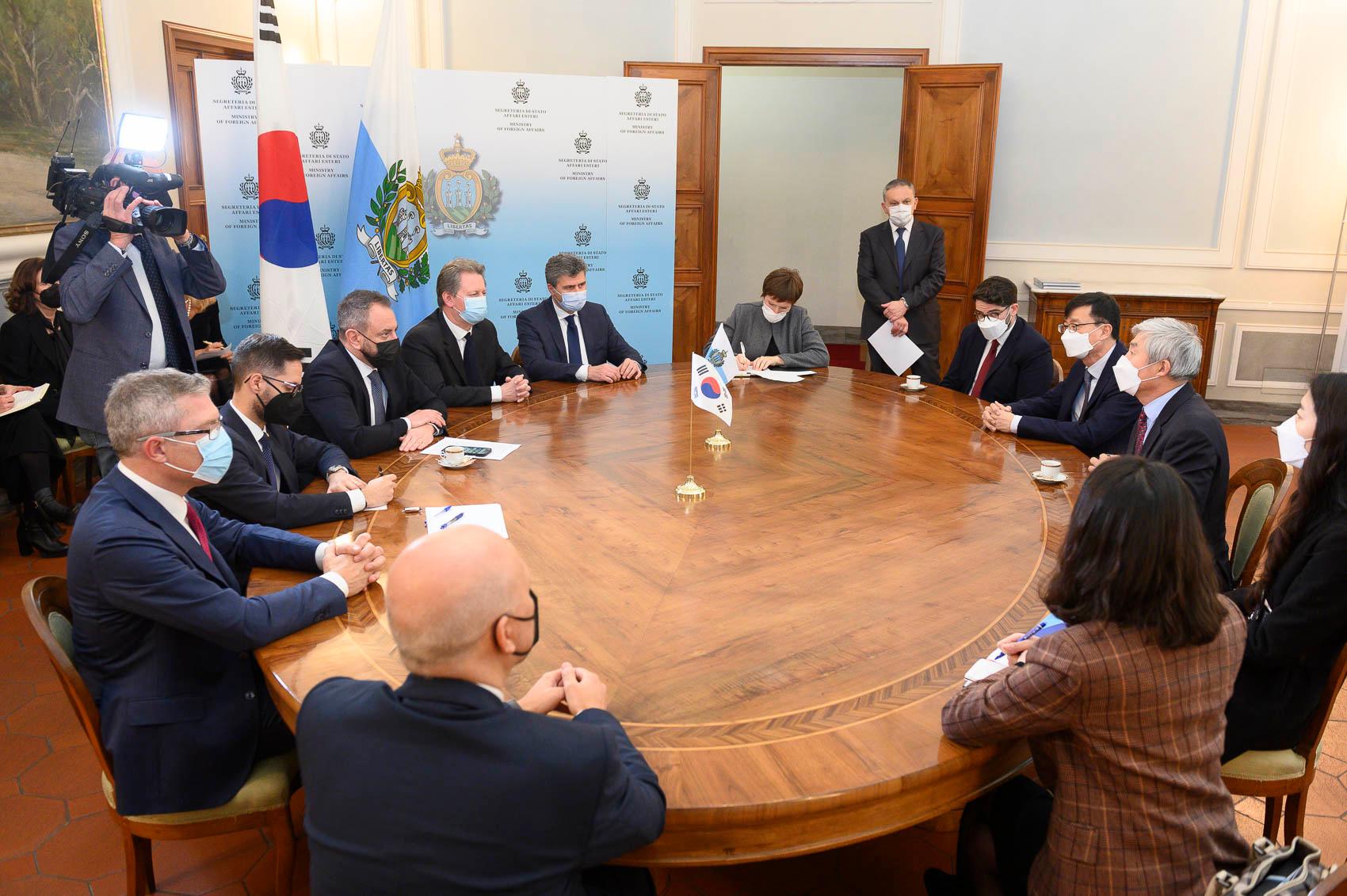 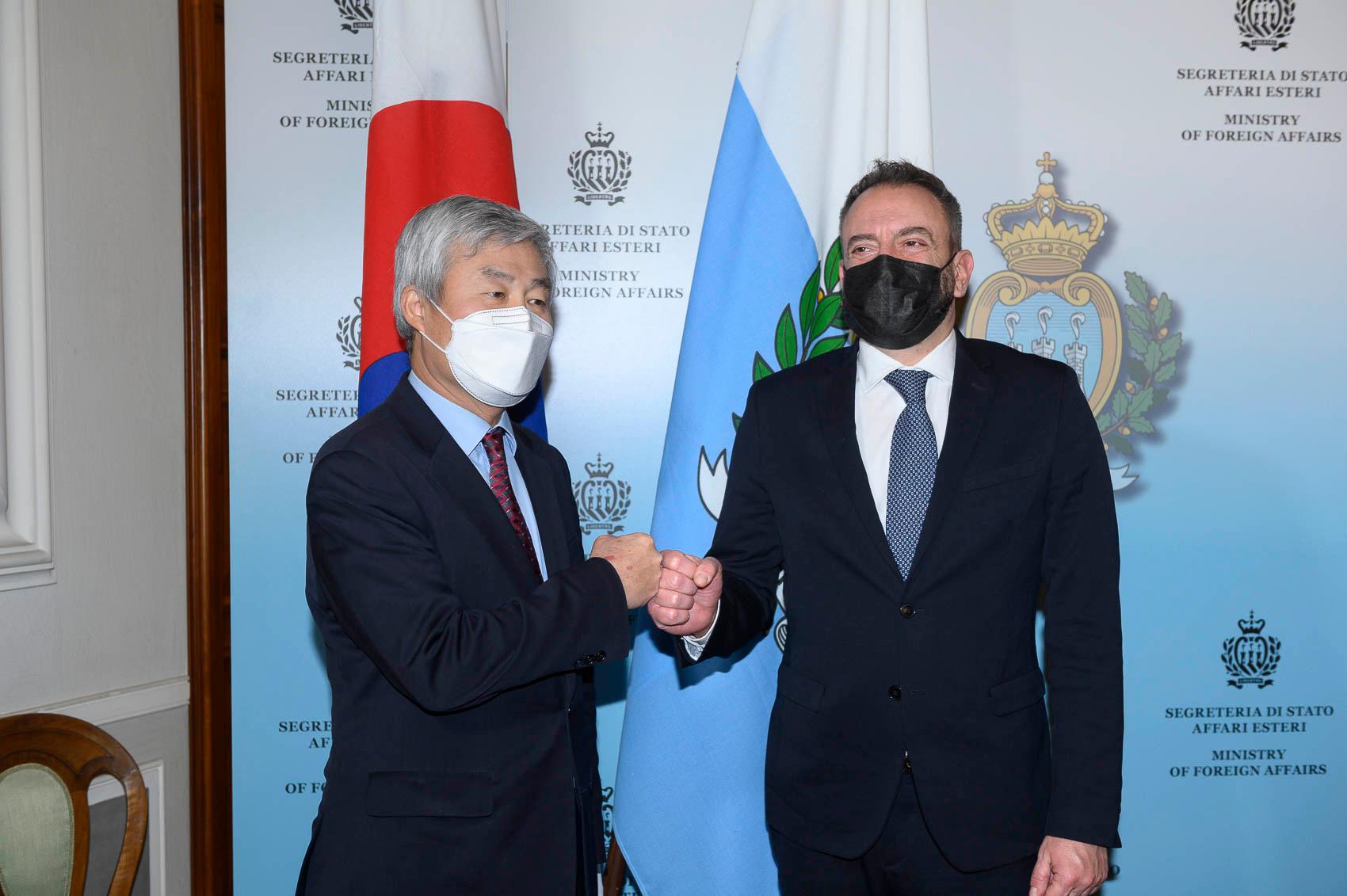 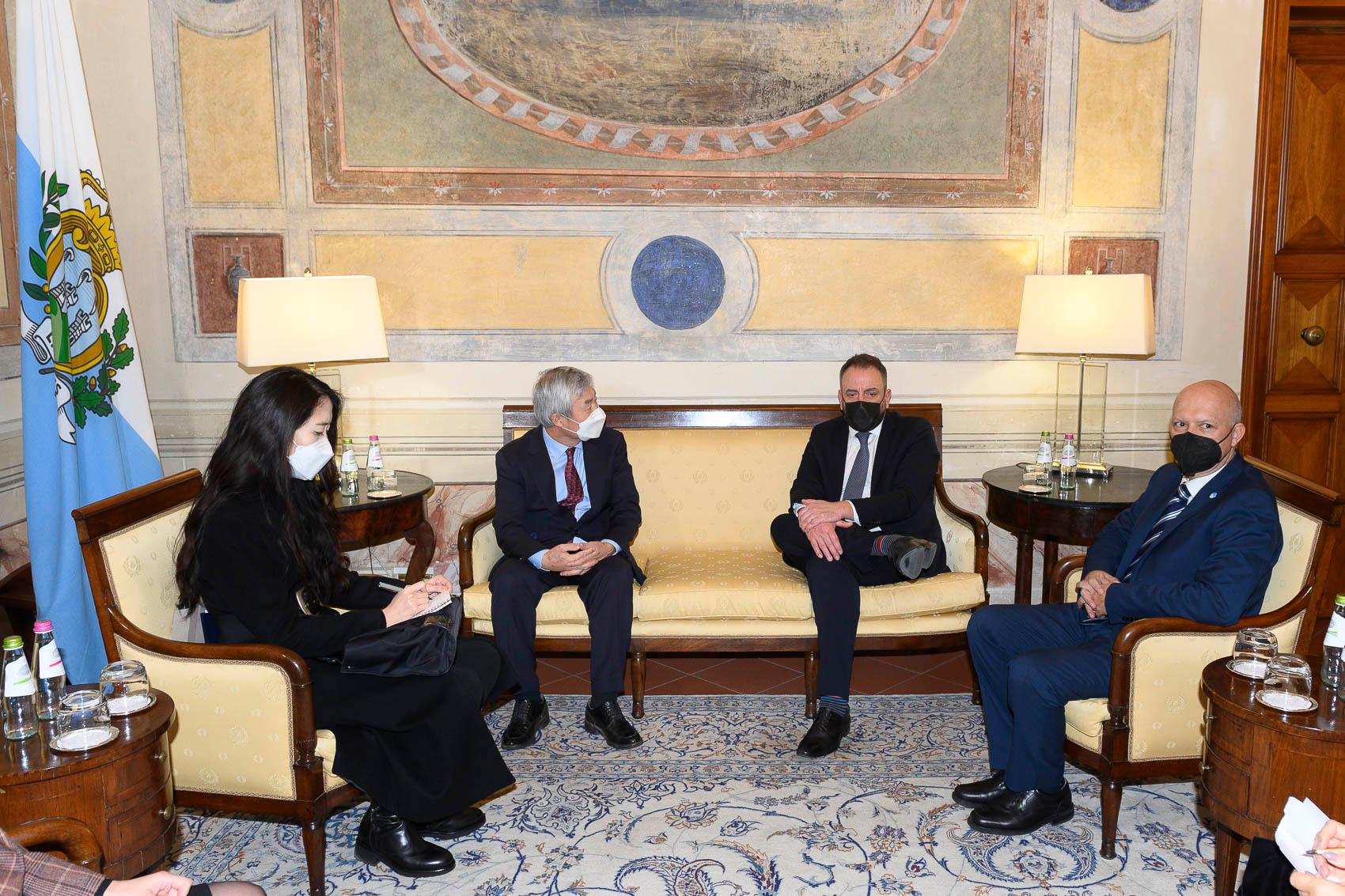 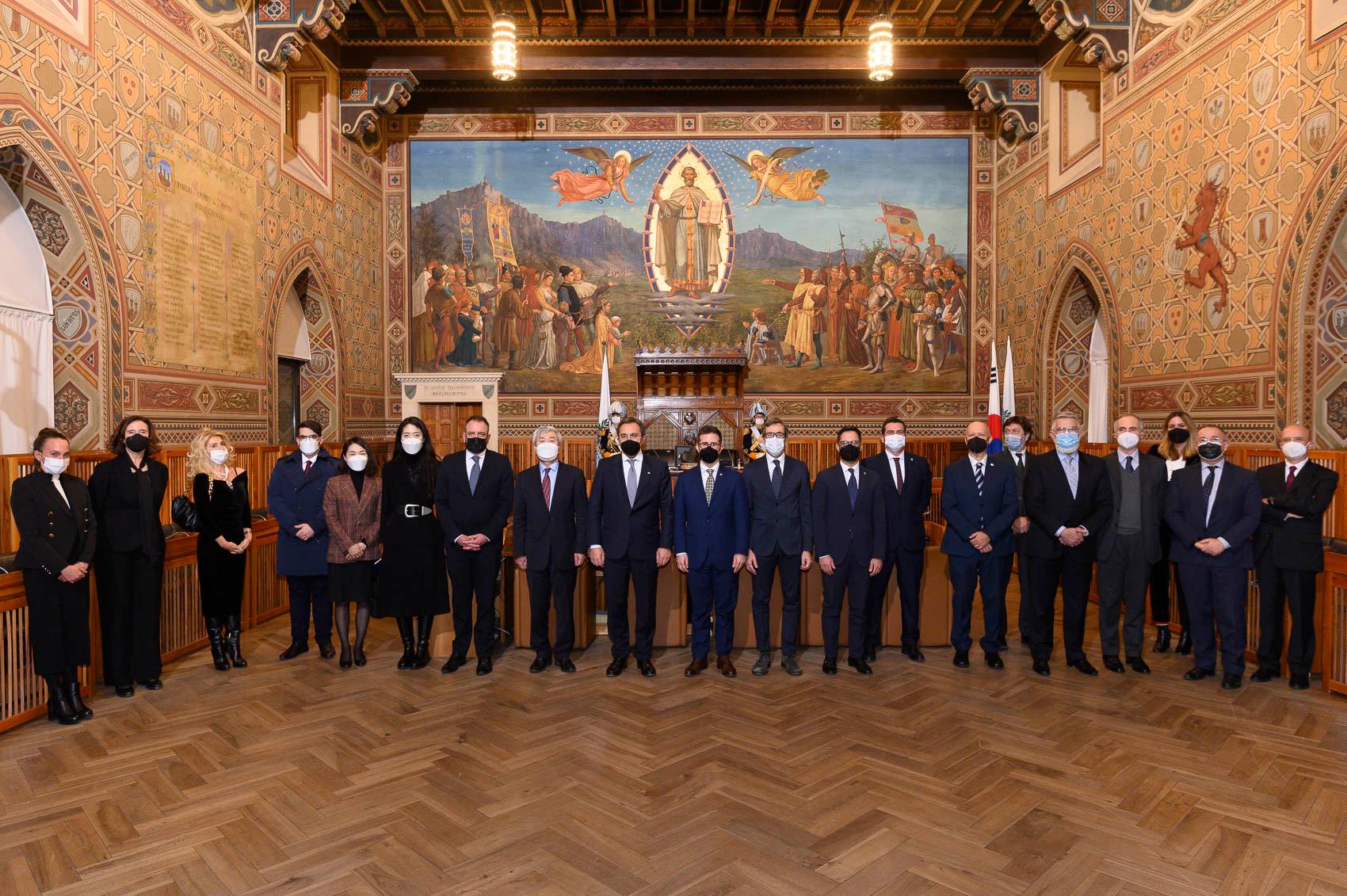 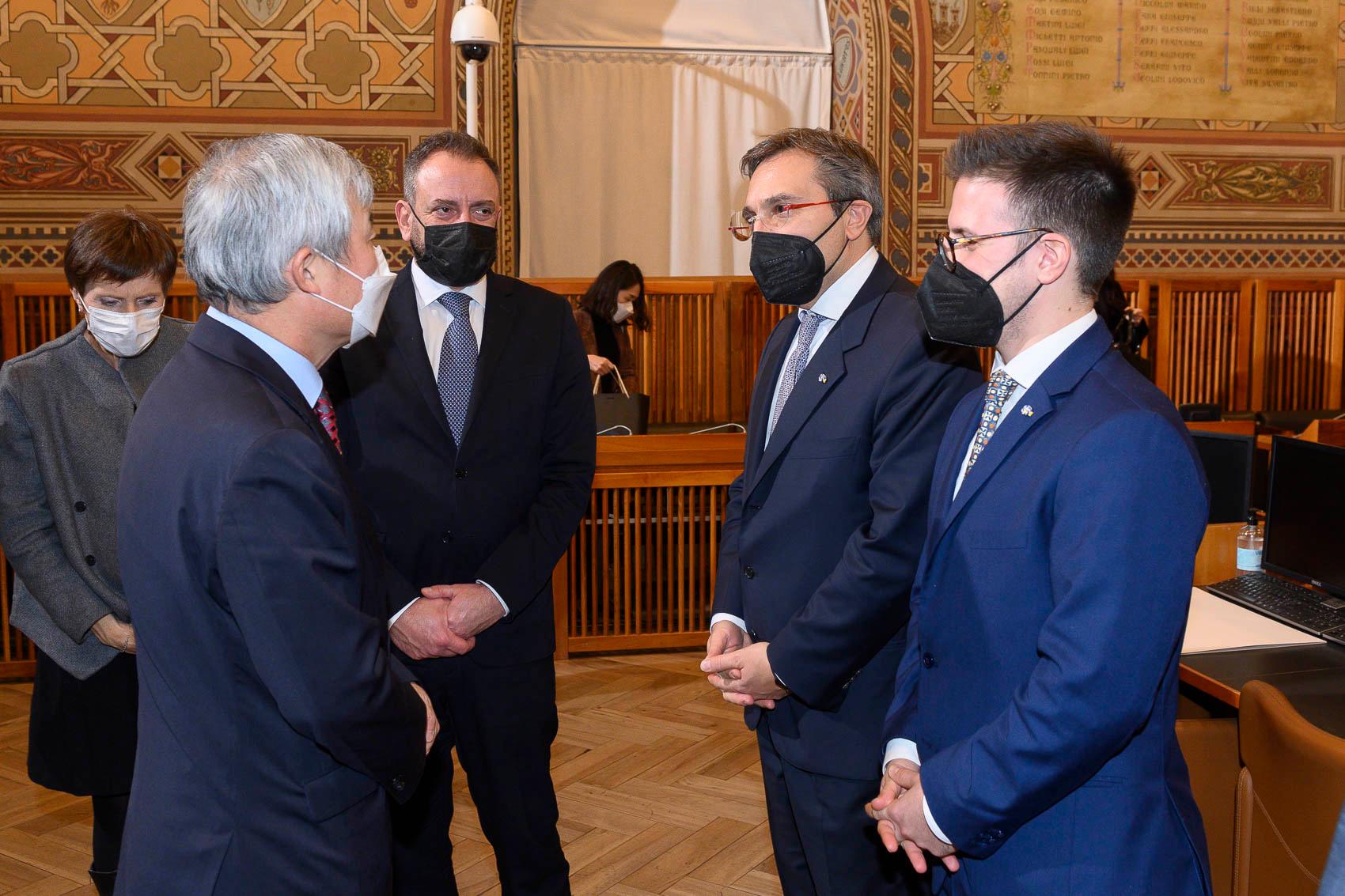